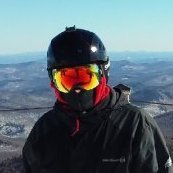 By saltyant,
January 13 in Other Mountains

Got here last night, skiing DV as I can wake up at 830 and make first chair at 9. Warm, currently working overtime on my Goggle tan. Groomers were firm and smooth first thing and now turning to a

Brighton was grate! Skied all over the mountain, snow was a 12/10 and temperature was perfect. It was so Bright at Brighton I swapped my googles later in the day. After lapping Milly's several times,

@saltyant I have a pair of these you can borrow for your trip. Might make your parking situation easier to sort out. These will fit in your overhead bag so you won't even have to deal with lugging a s